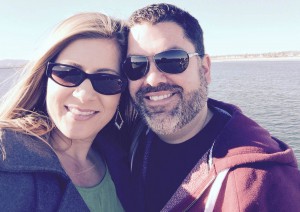 In June 2014, Jason’s friend and Kristy’s husband, Simon, was diagnosed with terminal liver cancer. He died six weeks later. Simon and Kristy were married for 10 years and had three children, a son age seven, and two daughters, ages five and two. Simon and Jason met 12 years ago at Wonder Voyage, the organization that Jason has been working with since 2000. After working with Wonder Voyage for a year, Simon met Kristy, dated for a short while, then married and moved back to her home town near Los Angeles, California. They all kept in touch, mainly through social media and email. Jason was in the area a few years ago and was able to sit down with Simon and Kristy for a meal. Jason was invited out a few other times but never made it out for a longer visit. 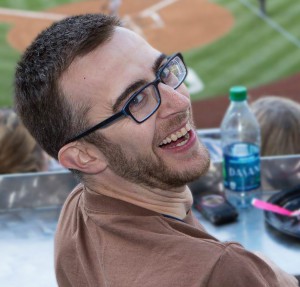 When Simon was sick, Jason sent an email to the family but wasn’t quite bold enough to call because he just didn’t know what to say. When Simon passed, Jason attended the funeral but didn’t approach Kristy for the same reason.

In October 2014, a friend of Jason’s, who also happened to be Simon’s cousin, was moving from Dallas to Seattle and Jason offered to drive her car out there for her. Simon’s cousin posted what was happening on Facebook and Kristy, somewhat jokingly, made a comment that Jason should swing by California on his way. She said that she (as a newly single mom) missed hanging out with adults and also wanted a male to hang out with her son. Jason told her that he wouldn’t make it out during that trip but he would visit before the end of the year. A month later, Kristy messaged Jason to follow up on him visiting. He had just finished up a contract job and replied, “How about next week?” The ticket was booked and he flew out to stay for five days.
The expectations for the visit were very simple; Kristy wanted an adult to talk and laugh with, as well as someone to spend some guy time with her son. Jason just wanted to help out in any way he could. He had regretted not contacting Simon by more than email when he was sick and also for not approaching Kristy at the funeral. Within the first couple of hours of being with Kristy in California, they were talking about anything and everything, including a story that won’t be repeated here but made Jason realize, “Ok, this is going to be a no filter week. I can handle that.” They laughed. They cried. They played. They talked for hours.

They spent five days together as friends. No romance. No intentions of romance. For Jason, Kristy lived 1500 miles away, had three kids and was two inches taller than him. Deal breaker. For Kristy, Jason was shorter than her. Deal breaker.

Jason returned home on a Sunday night and left the next morning to Houston for Thanksgiving. During the five hour drive, he had a lot of time to think. He thought about Kristy a lot. About the kids. About living in California. About being a dad. Was it something that he wanted to do? Was it something that he could do? At the time, he wasn’t too sure, but they continued to message each other. Before the end of the drive, Jason had sent Kristy a message that he missed her. The next day, she sent a message that she missed him too.

From that point, it was a bit of a whirlwind. They talked and messaged and emailed and texted constantly. And prayed. By mid-December, they were talking about a future together. He flew out to California to spend Christmas and New Year’s together. He figured she could always send him back to Texas, but if it was meant to be, he didn’t want to spend another holiday apart. By the end of that trip, he knew he wanted to spend the rest of his life with her and be a dad to the kids. Unbeknownst to her, Jason confidently bought the engagement ring a month later.

Jason packed up and moved to California in March. He moved in with Kristy’s parents and immersed himself with her family and children. On May 14th, while out to dinner, he asked Kristy how she would want to be proposed to. Did she want flowers? Photographers? A flash mob? She said none of that mattered. Love was what mattered. Jason conveniently had the ring in his pocket and popped the question right there. She said yes.
Kristy and the kids continue to grieve Simon everyday but he made it clear he wanted Kristy to remarry when she felt ready. He wanted a father for the kids. These were very important to him and we will continue to honor him. Kristy has chronicled the full story on her blog, www.goldenlonestar.com

Thank you for supporting Jason and Kristy. They are so grateful to have you share in this special time of their lives. 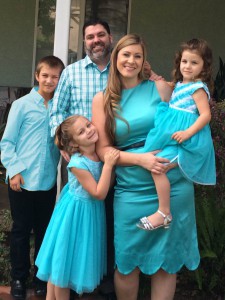 We aren’t registered anywhere. Between Jason being a bachelor for almost 40 years and Kristy having a home with three kids, we’re solid on cutlery, kitchen appliances, frames, and bedding.

We don’t NEED anything but we do have an ongoing wishlist that you’re welcome to contribute towards. Our dreams include:

Will You Join Us?

Sorry. You must be logged in to view this form.